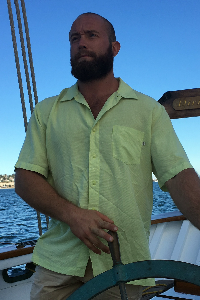 BOYNTON BEACH, FL: Brian C. STORY of Rowley, 27, peacefully succumbed to his disease of addiction on October 17th, 2016, as he slept at his beautiful home in Boynton Beach, Florida. By way of his tragic accidental overdose, Brian lost his long and hard fought battle, but the war was already won, as he is now with his Heavenly Father, the Eternal Holy Spirit, and his risen Lord and Savior Jesus Christ. Brian has returned safely home to the Lord, where he is now fully healed, wholly loved, and eternally blessed in the place that God had prepared for him.

Brian was born in Salem, Massachusetts, on November 14, 1988, as the beloved son of Steven C. and Susan M. (Rose) Story of Rowley. He was raised in the small, tight-knit town of Rowley, where he was blessed with the loving care and support of his parents and younger sister, Samantha, as well as his dear neighbors, Paul and Jean “Grammy” Short. Brian enjoyed a very adventurous childhood exploring the salt marsh and coastal forests along the nearby Rowley River. He developed a keen interest in nature and science at an early age, and was always surrounded by a multitude of pets, including dogs, cats, mice, a leopard gecko and aquarium fish. Brian truly loved his family, friends, people in general, domestic and wild animals alike, hiking, rock-climbing, camping, swimming, and fishing.

During his Pine Grove Elementary School years, Brian and his little sister, Samantha, became an inseparable pair of seasoned airline travelers during their eagerly awaited summer trips to Oklahoma, where they would stay with “Grandma” Daryl while their parents both served in the Army Reserve. Brian savored this time spent with his distant uncles, cousins, and new-found neighborhood friends, while building treehouses, catching catfish, and soaking up Okie hospitality. During his summer vacations from Triton Regional Middle School, Brian discovered his passion for sea-faring voyages, initially forged through four adventurous expeditions as a crewmember with the Ocean Classroom Foundation aboard the historic Sailing Vessel Spirit of Massachusetts and the SV Westward, to include the Tall Ships parade from Halifax, Nova Scotia, to Boston.

Brian enjoyed competing in a variety of sports, including Rowley Little League baseball, Triton Pop Warner football, martial arts, cross country running, and lacrosse, but ultimately excelled as a gifted wrestler. Brian graduated from of Saint John’s Preparatory High School’s Class of 2007, where he was captain of the wrestling team, two-time Catholic Conference All-Star Wrestler, two-time Academic All-State Wrestler, and was named an NHSCA Academic All American Wrestler in 2007.

Brian developed a keen interest in the Army at an early age, growing firmly committed to gain admission to the U.S. Military Academy at West Point soon after the terror attacks of September 11, 2001. After his appointment to the Academy, he reported to West Point in July 2007, and soon became known as an "out-of-the-box" problem solver and an ever approachable source of help for any task or mission. He took particular pride in being selected as a “walk-on” member of the Army wrestling team, and he trained with intensity to improve his standing on the roster. Brian became a passionate architect of several legendary feats of “company spirit” expression throughout the Academy grounds. He was extremely proud of his many accomplishments during his first two years at West Point, as he had been a top performer in physical tasks and very proficient in tactical skills.

Brian's ultimate aspiration was to serve with Army Special Forces, and he planned to dedicate his life to an Army career. At the beginning of his third year at the Academy, he began silently suffering a series of emotional traumas in his personal life that kindled his decision to self-medicate. Beset by compounding issues, Brian regrettably left the Academy. So began his fateful battle with the merciless disease of addiction.

Over the following years, Brian persevered through several sustained periods of recovery, during which he became a nationally certified Master Fitness Trainer. He touched many lives through his kindness and dedication to the wellness of his many clients during his employment at LA Fitness in Delray Beach, Florida. Brian’s recent career transition as Special Assistant to the President of Affiliated Private Investors in West Palm Beach, Florida, reignited his self-confidence and inspired a new-found hope for the future. In the midst of his boundless potential for success, Brian was seized by an evil temptation beyond our understanding, thus resulting in his recent tragic relapse. Brian’s epic journey over the treacherous seas of addiction suddenly ended with his safe return home to the Lord.

Left to cherish Brian’s memories are his loving parents, Steven and Susan Story of Rowley, his sister, Samantha G. Story of Boynton Beach, Florida; paternal grandmother, Mae E. (Joslin) Story of Beverly; maternal grandmother, Daryl B. (McEndarfer) Gilder of Rowley; aunts and uncles, Pam and Jeff Martell of Scituate, Rev. Jane and Bill Milaschewski of Beverly, Nancy and Scott Traicoff of Beverly, Sally Story and Scott McDowell of Beverly, James Graham of Beverly on his father’s side; and Jeff and Brenda Rose of Rockville, Maryland; Jack Rose of Broken Arrow, Oklahoma; and William H. Gilder III of Muskogee, OK on his mother’s side; as well as many cousins and dear friends. Brian was predeceased by his grandfathers, Francis P. Story and William H. Gilder, Jr., and his aunt, Cynthia M. Graham.

Visiting hours will be held on Tuesday, October 25th, 2016, from 4:00 p.m. to 8:00 p.m. at Church in the Cove, 167 Hale Street, Beverly, Massachusetts, during which time a celebratory reception will be hosted in the church’s fellowship hall. Brian’s memorial service will be held on Wednesday, October 26th, at 11:00 a.m. at the Church in the Cove. In lieu of flowers, contributions may be made in Brian’s memory to the Church in the Cove, 167 Hale Street, Beverly, MA 01915. Interment will be privately held in North Beverly Cemetery. Arrangements are in the care of Grondin Funeral Home in Beverly, MA.