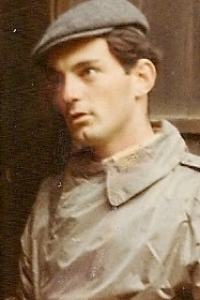 A decorated Vietnam veteran who served in heavy combat with the 5th Mechanized Infantry in 1969-70, Mr. Sweeney worked for many years as a librarian at Uxbridge High School and at the Worcester Public Library, where he was liked by even the most difficult patrons. Mr. Sweeney was a talented watercolor artist, a dedicated Springsteen fan, and an avid gardener at Greenhill Park's community garden, finding peace in his tomatoes, basil and sunflowers. He had an insatiable curiosity about a wide array of topics and he fed his intellectual appetites by reading broadly and taking classes. The son of a newspaperman, Mr. Sweeney was a keen and ever more alarmed observer of the American political scene. He maintained a broad social network and lifelong friends and he will be missed sorely by many.

A funeral mass will be held at Christ the King Church, 1052 Pleasant Street, at 11 AM on Thursday October 6th, followed by burial at the Massachusetts Veterans' Memorial Cemetery in Winchendon at 2 PM. There are no calling hours. A late luncheon will be served afterwards at Fiddlers Green in the Hibernian Cultural Centre. All family and friends are welcome to attend any and all parts of the day.