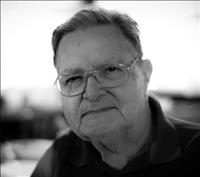 He was born in Lawrence, Massachusetts, son of the late Peter P. and Giuseppina (Russo) Ripa. Salvatore was educated in the local schools and was a graduate Lawrence High School and later received his Bachelor Degree in Business from Merrimack College. He served in the United States Army during WWII.

He worked at Public Finance and as a Business Manager at St. Joseph's Hospital in Lowell, Massachusetts, and at Anna Jaques Hospital in Newburyport. He was a Lifetime member of the Knights of Columbus. According to his family he loved Golfing, Gardening, Western Movies and Especially spending time with his growing family.

He is survived by his loving wife of 69 years Frieda A. (Ganimy) Ripa.

His daughters Rosanne Ripa and her wife Susan Tarplin of Northboro, MA.
Marianne Collupy and her husband David of Methuen, MA.
and Diane Laroche and her husband Pierre of Georgia, VT.
He is survived by 7 Grandchildren, David, Kelly, Jill, Scott, Derek, Cady, and Jeremy. and 9 Great Grandchildren Joseph, Natalia, Owen, Jade, Daisy, Chloe, Scarlett, Dale and Rowan. As well as 3 nephews and 2 nieces.

He was predeceased by 2 brothers and a sister.

Salvatore's family would like to thank the staff, and especially his caregiver Rosaida from the Mary Immaculate Restorative Nursing Home for the kind care and compassion shown Salvatore during his stay.

Services will be private and are under the direction of the John Breen Memorial Funeral Home, Inc., 122 Amesbury Street, Lawrence, MA.

In lieu of flowers memorial contributions may be made to Saint Lucy's Church, 254 Merrimack Street, Methuen, MA. 01844, Mary Immaculate Restorative Nursing Home, 172 Lawrence Street, Lawrence, MA. 01841 or to a Charity of One's Choice. For online condolences and other information please visit us at www.breenfuneralhome.com.