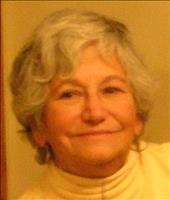 Dolores C. (Rodrigues) Minkin, age 83, of Swansea, passed away on March 20, 2015. She was the daughter of the late Manuel and Mary (Bernardo) Rodrigues, and the former wife of the late Lawrence M. Minkin. Prior to retiring, Dolores worked as a Waitress at Magoni’s Restaurant and at the former Coachman Restaurant for over 25 years. She was an avid golfer and a member of Touisset Country Club, Swansea.

She is survived by her children: Gail DeSouto of Somerset, Guy Minkin of Swansea, Alan Minkin of Tiverton, and Jay Minkin of California; 5 grandchildren; 4 great grandchildren; and several nieces and nephews. She was the sister of the late Arnold & Frank Rodrigues, and Hilda Vierra.

Following cremation, a Memorial Brunch will be held on Saturday, April 4, 2015 at 10:00 A.M. in Magoni's Restaurant, Somerset.

Funeral arrangements are under the direction of the MANUEL ROGERS & SONS FUNERAL HOME, INC. www.rogersfuneral.com.