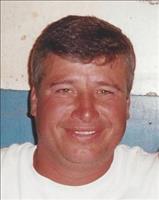 GLOUCESTER –Robert J. Peavey, 57, died as a result of a snowmobile accident in Maine on Friday, March 7, 2014. He was married to his true love, Amy (Pittenger) Peavey. They had shared nearly twenty-four years of marriage.
Born in Gloucester on June 7, 1956, he was the son of the late Roy B. “Bud” and Mary S. (Sweet) Peavey.
He was a lifelong resident of Gloucester. In his early years, he was a commercial fisherman aboard gillnetters, swordfish boats and seine boats from Gloucester to Maine. However, his passion was lobstering out of Lanes Cove on his boat, the F/V Intruder. He could often be seen driving through Lanesville with his dog, Junie B by his side.
Bob was employed by the City of Gloucester for the Department of Public Works and maintained the step system on the back of the Cape.
He was a family man and was devoted to his wife and daughters, Jaimie and Olivia, who lit up his world. He will be greatly missed by his family and many friends who loved him.
In addition to his wife, he is survived by his daughters, Jaimie Leigh Klopotoski and Olivia Patricia Peavey; three sisters, Deborah Peavey Conrad, Lois, wife of Walter Day, Nancy Peavey Fulford; two brothers, Roy B. “Barry” Peavey, Jr. and Don A., husband of Leslie (Watson) Peavey; an aunt, Blanche Kilman all of Gloucester, mother-in-law, Patricia Pittenger, and in-laws, Lisa, wife of David McIlwain, Anne Pittenger, Sally Pittenger, Jane, wife of Steve Bernard, Greta, wife of Philip Brackett and Robert, husband of Amanda Pittenger all of PA; nieces and nephews, James Silva, Christine & Toni-Lee Mondello, Nicole Howard, Amy David, Tammy Sainato, Timothy Fulford, Brandon Peavey, Victoria McIlwain, Jessica and Jill Pittenger, Corinne Kerr, Ashley Mellett, Michael Pittenger, Abigail and Steven Bernard, Will Brackett, Ella and Ben Pittenger, and many grandnieces and grandnephews. He was also predeceased by his sister, Mary Jane Nelson and father-in-law, Robert Pittenger.
His funeral service will be held on Friday in the Annisquam Village Church, 820 Washington Street, Gloucester at 11 a.m. Visiting hours will be held on Thursday in the Pike-Grondin Funeral Home, 61 Middle Street, Gloucester from 4 - 7 p.m. Relatives and friends are cordially invited to attend. Expressions of sympathy may be made in his memory to the Robert Peavey Memorial Fund, c/o Rockport National Bank, 4 Parker St., Gloucester, MA 01930.