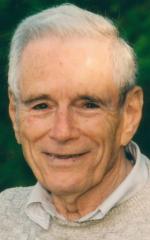 Richard A. “Dick” Xenos, 87, of Holden, a former longtime resident of Worcester, died Monday, February 4th in Notre Dame Long Term Care Center. He leaves his beloved wife, Alexandria (Naum) Xenos, with whom he would have celebrated 59 years of marriage this month; a son, Sean Xenos and his wife Erin of Holden; two daughters, Tara Grigas and her husband Daniel of Douglas and Sheryl A. Olson and her husband Edmund of Worcester; nine grandchildren, Derek, Brian, Kristopher, Taryn, Amanda, Richard, Allyson, Shane, and Trevor; a great grandson, Chase; and nephews and nieces. He was predeceased by his son, Kerry Xenos, and two brothers, Robert Brosnan and Donald Xenos.
He was born in Boston, the son of George and Margaret (McGreeby) Xenos and graduated from Clark University and Worcester State College, where he received his Master’s of Education degree. Mr. Xenos was a teacher at South High School in Worcester for many years. He was a member of Our Lady of the Angels Church, the Knights of Columbus Alhambra Council, and the American Legion, Main South Post 341, all in Worcester, and the Massachusetts Teachers Association. He was a World War II U.S. Navy veteran, where he served aboard the U.S.S. Sierra. Mr. Xenos enjoyed golfing, but most special to him was his family and the time he spent with them.
The family wishes to thank the staff of Notre Dame Long Term Care Center and Notre Dame Hospice for the compassionate care and kindness they provided to Dick.
The funeral is Friday, February 8th with a Mass at 10:00 A.M. in Our Lady of the Angels Church, 1222 Main Street, Worcester. Calling hours are from 4:00 until 7:00 P.M. Thursday, February 7th in O’CONNOR BROTHERS FUNERAL HOME, 592 Park Avenue, Worcester. Burial will be in St. John’s Cemetery. Donations in his memory may be made to Our Lady of the Angels Church, Family Center Campaign, 1222 Main Street, Worcester, MA 01603.