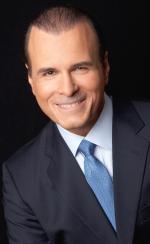 James C. Alex, M.D. F.A.C.S., an eminent facial reconstructive surgeon who helped pioneer a landmark technique for determining the extent to which breast and melanoma tumors may have spread among the body’s lymph nodes, died of injuries following a vehicular accident on May 29th. He was 50.

Dr. Alex’s groundbreaking method, is known as sentinel node radiolocation. David N. Krag, MD, a surgical oncologist and professor at the University of Vermont College of Medicine and Dr. Alex’s mentor stated “He studied a new method of surgery that represents the most important change in cancer surgery in the past 50 years”. Krag and Alex collaborated on the research and co-authored over 20 scientific papers.

According to Krag, Alex proved that injecting a radioactive tracer around a cancer would show the surgeon the precise location of the first, or “sentinel,” lymph nodes to which the cancer might spread.

“Suddenly, surgery changed from a complicated and radical procedure in which a large field of lymph nodes was routinely removed, to a small, limited and extremely precise lymph node biopsy. Guided by a radiation detector, the surgeon now knows exactly where to make the incision,” Krag said.

Noting that hospitals worldwide rely on the techniques Alex helped develop, Krag estimated that over one million US women with breast cancer have already benefitted from sentinel node radiolocation.

Robert Sofferman, M.D. and professor emeritus at the University of Vermont Medical School, recalled Alex, a former resident, as conducting research of “exceptional quality.” Indeed, Alex received high honors for his work including a Resident Research Award from the New England Cancer Society; a Residents’ Award from the New England Otolaryngological (Ear, Nose and Throat) Society; a Triological Society Clinical Research Award, and a First Place in the Leder Pierce Research Competition.

In addition to his writing on melanoma and breast cancer management, Alex published articles on such topics as facial paralysis; phantom tongue pain; sinus surgery; head trauma and facial reconstruction following a gunshot wound. Alex often lectured on reconstructive surgery to non-scientists and had appeared on Fox News and on CNN as a medical expert.

Alex opened The Weston Center for Cosmetic Surgery, his own practice in facial plastic and reconstructive surgery, in 2006, following almost 20 years of top-flight accomplishments in research, medical education and surgical practice.

The Weston Center for Cosmetic Surgery grew into a successful and well-regarded business, building on Alex’s professional skill and warm personal manner. As Sofferman said, “Jim was a kind physician. He provided comfort and confidence at a time when anxiety surrounding a surgical procedure would dominate the patient's thinking.”

A ZEST FOR SUCCESS

A native of Boston, Alex focused his intellectual gifts early. He graduated from Phillips Andover Academy in 1981, received his BA in biology from Dartmouth College in 1985 and his MD from Dartmouth Medical School in 1989. Following medical school, he completed a surgical internship at SUNY Health Science Center in Syracuse, NY; two residencies, in surgery and in otolaryngology (ear, nose and throat), at the Medical Center Hospital of Vermont in Burlington, VT, and a fellowship in facial plastic and reconstructive surgery at the University of Illinois, Chicago.

Throughout his career, Alex shared his expertise and commitment to his field with students, colleagues and the wider medical community.

As an educator, he served as assistant professor of otolaryngology and Director of Facial Plastic and Reconstructive Surgery at the Yale School of Medicine and as associate professor of head and neck surgery, at Boston University School of Medicine. Alex also served as Director of Facial Plastic and Cosmetic Surgery at the Lahey Clinic Medical Center in Burlington, MA, and as attending staff physician in head and neck surgery at the Massachusetts Eye and Ear Infirmary, an affiliate of Harvard University.

Alex served for over 12 years as a member of the Board of Directors, New England Hellenic Medical and Dental Society, and for over 14 years as a Trustee of Hellenic College and Holy Cross Seminary.

In reflecting on Alex’s life, Sofferman noted its hallmarks of loyalty and thoughtfulness. “A successful medical career is measured by the legacy one leaves. Jim has truly left his mark,” he said.

Alex also served his country as a Major in the Medical Corps of the U.S. Air Force Reserves.

Alex is survived by his mother, Virginia, of Newton; his brother, George; sister-in-law, Marlena Alex; and goddaughter Virginia and niece Isabel, all of Cohasset. He is also survived by his father, Chris.