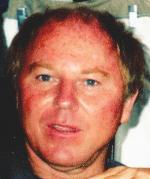 Stanley Thomas Moore, 63, of Tifton died Saturday, September 3, 2011, at his home following a lengthy illness. Memorial services will be held at 2:00 p.m. on Saturday, September 10, 2011, at Springhill Country Club. Sonny Hamilton will give a eulogy and serve as Master of Ceremonies for the service. The family will receive friends immediately following the service on Saturday.

A native of Macon, he moved to Brunswick and graduated from Glynn Academy in 1966, lettering in basketball, baseball and golf. The following year, he was hired by Chi Chi Rodriguez at Dorado Beach Golf Resort and also worked in Bridgeport, Connecticut, before returning to Brunswick Country Club as his father's assistant pro. He served as Springhill Country Club's pro/superintendent in Tifton from 1976 until his death and he had a tremendous impact on the youth of the area. Stan received the 2011 Service to Mankind Award for his outstanding community service from the Tifton Sertoma Club and had many golf-related honors throughout his PGA career.

Mr. Moore was born on November 5, 1947 in Macon and was the son of Faye Simpson Moore of Brunswick and the late Hugh Moore, Jr. He was also preceded in death by a beloved grandfather, Hugh Moore, Sr. He was a member of Tifton's First Baptist Church.