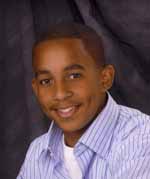 Kristian Joel Rose, Jr., 21, of Wareham, formerly of New Bedford, passed away suddenly on Tuesday July 12, 2011.
Born in New Bedford, the son of Wanda Robertson Alves and Kristian J. Rose, he lived in New Bedford for most of his life before moving to Wareham several years ago. He was a 2008 graduate of New Bedford High School. He was Dean’s List student at UMass Amherst, where he was preparing to enter his Senior year. On May 27, 2011, he was accepted into the Sports Management Program at UMass. He was currently doing an internship for the Bay State Games in Woburn. He had also worked and volunteered at the Boys and Girls Club in Wareham.
Kristian was awarded the President’s Education Award, the Faculty Award, the Special Achievement Award, and the Faculty Honors Award all from Keith Middle School. While at New Bedford High School, he was the recepient of the Academic/Athletic Achievement Award, the Athletic Award for Footbal and Lacrosse, and the NAACP Scholarship.
Survivors include his parents; his stepfather, Ronald Alves; his siblings, Dante, Jeru, Yazmeen, Jaala, and Devan Rose; his grandparents, Herbert L. “Brother” Robertson, Olivia Rose, and Manuel Rose III; his great-grandmother, Louise Pina; his aunts and uncles, Lisa, Sherrie, Cindy, Kevin, and Michael Robertson, Brenda Robertson-Gomes, Janice Pina, Cheryl Fortes, Tyson Rose, and Shawn and Glenn Fortes; his longtime girlfriend, Azia Johnson; his godchildren, Kaylani and Cazymen Duarte, Terrell Lewis, A.J. Labron, and Nasir Fortes; and numerous cousins and friends.
He was the grandson of the late Loretta “Tiny” Robertson, and nephew of the late Gary Robertson.
His Funeral Mass will be celebrated on Monday at 9 AM at Our Lady of the Assumption Church. Burial will follow in Rural Cemetery. Visiting hours will be on Sunday from 4-8 PM at the Saunders-Dwyer Home for Funerals, 495 Park St., New Bedford. For directions and guestbook, please visit www.saundersdwyer.com.