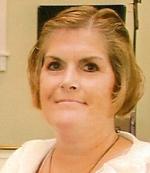 GLOUCESTER: Sandra M. (Horgan) Saunders, 51, left her family on June 21, 2011, to carry on her journey with the Lord.
Born in Gloucester on March 25, 1960, she was the daughter of the late Martin J. Horgan and Dorothy P. (Goodnow) Horgan McGee. She was a graduate of the Gloucester High School class of 1978 and attended North Shore Community College.
Sandy’s outgoing personality led her to work in positions serving the public. She had been a hostess at the former Dexter’s Hearthside and waitressed at the former Downeast Oyster House. She had also once been employed as a bank teller and for many years she was employed as a home health aide.
No matter how many obstacles came her way, she never stopped fighting. She was strong and independent and lived her life in a walk of faith. She lit up around children and her greatest joy and primary focus was her family. She was a loving and devoted mother, grandmother, sister and aunt, whose sense of humor will be greatly missed.
She is survived by her four daughters, Allea, wife of Jeremy Harrington, Brieana, wife of Jimmy Militello, Karalee Saunders, companion of Anthony Lucas, and Mariah Saunders, companion of Jeremie Dagley; three grandchildren, Skyy Harrington, Bailee and Jimmy Militello and two on the way; her siblings, Linda E., wife of David Gorman, Michael J. Horgan, fiancé of Pauline Tarantino, and Theresa M. Horgan; her aunt, Marion Horgan; and seven nieces and nephews, Brian Nickerson, Nathan Gabriele, Natasha Gabriele, Robbie Lowe, Evan Williams, Michael Tarantino and Jack Horgan; and five grandnieces and grandnephews.
Her funeral service will be held on Monday morning in the Community Church of East Gloucester, Chapel Street at 10 a.m. Visiting hours will be held on Sunday in the Pike-Grondin Funeral Home, 61 Middle Street, Gloucester from 5 - 8 p.m. Relatives and friends are cordially invited to attend. Interment will be held in the Oak Grove Cemetery. In lieu of flowers, expressions of sympathy may be made in her memory to the family c/o Brieana E. Militello, 29 East Main St., Gloucester, MA 01930.