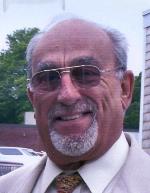 Although his family and friends were a constant source of joy and comfort, his fulfillment came from quietly serving people in need through his Church or civic affiliations.
Besides his beloved friend and wife, he is survived by two of his children, Kevin Ferreira of Provincetown and Tracy Rose and her husband Leo of Truro their 4 grandchildren, Eve, Holly, Simone and Leo Rose and his sister Arlene Whittaker of Brockton. In 2009 he and his wife suffered the inconsolable loss of their beloved daughter Holly who had been sick for most of her adult life.