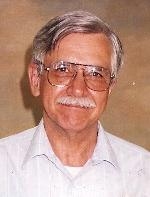 GLOUCESTER: Charles J. McCarthy, a good man, humanitarian, and former Democratic Party Chairman of Gloucester, MA died in the twilight of Friday the 2nd of January after a long war with cancer, cancer, and more cancer. He was 71 when he left this world surrounded by his family and friends.
Born in Somerville, MA May 24, 1937 the son of the late Dr. Charles & Violet McCarthy, Charles served in the Army Reserves and studied at several prominent universities including Emory and Harvard University before finally receiving a degree from the University of Georgia.
After graduation, Charles moved to Alabama and became heavily involved in the civil rights movement as a political activist and community organizer.
He remained in Alabama, teaching adult literacy classes, organizing and registering voters, and working for Neighborhood Legal Services of Alabama and many other government programs long after many had preemptively deemed the Civil Rights movement a success. His work in the formation of the National Democratic Party of Alabama in opposition to the George Wallace lead Alabama Democratic Party was especially crucial to continuing the movement towards equality in Alabama and the country.
Later in life, events brought Charles back to New England, and he could be found at the Gloucester Welcome Center extolling the natural beauty and seafood cuisine of Cape Ann. He could also be seen delivering the Gloucester Daily Times almost every afternoon veritably up to his demise. His attentions to detail, pride, and meticulousness in these seemingly dismissible tasks won him awards, accolades, and adoration from his friends, neighbors, and strangers around the world.
Of course he was never able to shake the pull of politics, and his serene passion for the democratic process inspired many around him. Over the years, he worked for many campaigns on every level of government, always focusing on the platforms and issues, satisfied with the outcome as long as he felt a good argument had been made. He served as the chairman of the Gloucester City Democratic Committee for the maximum amount of time allowed by their bylaws. Even through his sickness, he continued to be very active, and to the end some members of the Gloucester Democratic Committee called him "Mr. Chairman."
To say that Charles had a good sense of humor seems banal and cliché, but to glance over his humor and wit would be a tragedy, though trying to boil down and condense his personality seems futile, so it has to be left at this: if you knew the man, you probably have a funny story about the man.
Charles is survived by his immediate family, his daughter and granddaughter, Violet and Lily Gray, his sons, Chuck and Joe McCarthy, cousin, Frank J. Toronto and his family, as well as his longtime companion Jeb Barnes and adoring ex-wife Mary McCarthy, not to mention a Fanny Farmer chocolate turkey.
He leaves this world with the fresh footprints of his younger brother Joseph McCarthy to follow across the snowy plains of the unknown, and will surly find great joy in meeting with colleagues and heroes long lost to this world.
He wasn't rich or powerful, but he was important. The impact of his life, of his work, of his dreams will be felt for years to come. He will be felt in the actions of a bank president he taught to read, in the hands of a child who he helped get fed, in the minds of all the people who believed him when he told them that they mattered. Charles McCarthy will be remembered, maybe not with a statue or in a history book, but he will be remembered. He will be remembered as a good man.
A memorial service in celebration of his life will be held on Saturday, January 10th at the Gloucester Stage Company, 267 East Main Street, Gloucester at 11 a.m. followed by a reception until 1:30 p.m. Relatives and friends are cordially invited to attend. In lieu of flowers, contributions may be made in his memory to the Eastern Point Day School 7 Farrington Avenue, Gloucester, MA 01930.