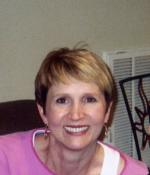 Myra Watts McWhorter, 40, Clarksville, died Tuesday, Nov. 20, 2007, at Alive Hospice at Skyline Madison Campus. The funeral will be held at 11am Saturday at Madison Street Church of Christ with Geoffrey Sikes officiating. Burial will be in Resthaven Memorial Gardens. Visitation will be from 4pm till 8pm Friday at the funeral home and from 10am till the hour of service Saturday at the church. Neal-Tarpley Funeral Home is in charge of arrangements. She was born in Ft. Worth, TX. on Jan 24, 1967 daughter of Wayne Watts and Pat Martin Watts. She was a member of Madison Street Church of Christ. She is survived by her parents Wayne and Pat Martin Watts of Dover, TN.; her husband Haden McWhorter of Clarksville; two daughters Ava Kelley McWhorter and Ella Grace McWhorter both of Clarksville; one brother Lyndon Watts of Clarksville ; two sisters Beverly Watts Lewis of Dover and Diana Watts of Lawton, OK. Pallbearers will be Gary Hughes, Gary Vess, Kevin Hackney, Ray Sells, Doug Barber, Jeff Champion and Dale Humphrey and Ed Rufo. In lieu of flowers gifts may be made to the Myra Watts McWhorter Cancer Awareness Fund and mail to The Community Foundation of Middle Tennessee, P.O. Box 440225, Nashville, TN 37215.
Arrangements entrusted to Neal-Tarpley Funeral Home 1510 Madison Street Clarksville, TN.37040 (931)645-6488.Online condolences and be made at www.neal-tarpley.com