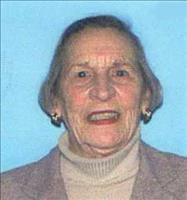 TEWKSBURY - Marguerite Pauline “Polly” (Doucette) Gordon, 78, well known throughout herlife as an accomplished tennis player, died Christmas Day, Dec. 25th., at the Lowell GeneralHospital, after a brief illness. She was the wife of Bruce A. Gordon, the late owner of Harmon’sPet Shop in Lowell, who died in 1991.

She was born in Lowell, Dec. 11, 1924, a daughter of the late Charles and Alphonsine (Langlois)Doucette. She lived in Tewksbury the greater part of her life and graduated from TewksburyHigh School. Upon retirement she moved to Clearwater, Florida, and returned to the greaterLowell area 5 years ago.

She was a lifelong communicant of St. William’s in Tewksbury.

Throughout her life she enjoyed tennis and was also an accomplished seamstress.

She is survived by a daughter and son-in-law, Pamela and her husband Michael Kearney ofChelmsford, with whom she lived, one son, Bruce A. Gordon Jr. of Groton, Mass., threegrandchildren, Avril, James, and Allisson Kearney , two sisters, Louise Harmon of Londonderry,NH, and Elizabeth “Betty” LaFerrier of Tewksbury, two sisters-in-law, Emily (Clemens) Doucetteof Fla., Emily (LeFave) Doucette of Boxford, and numerous nieces and nephews.

She was also sister of the late Charles, Jean, Walter, and Robert Doucette.