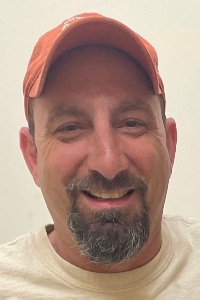 Richard S. Dias, Jr., 53, of Westport, peacefully passed away at home following a courageous battle with cancer on Monday, November 14, 2022 with his family by his side. He was the lifelong love of Kerrie Machado.

Mr. Dias was born in Fall River, son of Anne I. (Fontaine) Dias of Westport and the late Richard S. Dias, Sr. and had lived in Westport his entire life. He owned and operated Rick Dias Electric, Westport. He enjoyed riding his Harley was affectionately known as a jokester. He was the most honorable man and loved spending time with his family and friends.

Funeral to which relatives and friends are invited will be Friday, November 18, 2022 from the Potter Funeral Home at 10:00 A.M. followed by a Mass of Christian Burial at Our Lady of Grace Church, Westport at 11:00 A.M.