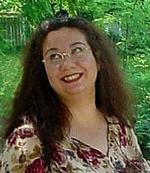 Susan A. Larry
... Antiques dealer, Gulf War Veteran, formerly of Tewksbury, MA; 36
NEW IPSWICH, NH - Susan Anuporn Larry, age 36, an Internet Antiques dealer, died
unexpectedly, Sunday evening, May 21, at her New Ipswich home, from an apparent heart
attack.. She was the wife of Kenneth Burke, with whom she had celebrated a 2nd wedding
anniversary this past December 17th.
She was born in Lowell, MA, on December 21, 1969, the daughter of Winfield and Anuporn
(Chaiboonsri) Larry Jr., who reside in Lowell. She was raised in Lowell, and graduated from the
Greater Lowell Regional Vocational Technical High School. She had lived in New Ipswich for
the past 3 years.
She served in the first Gulf War, Operation Desert Storm, as a Spec. 4, assigned to the Military
Police division of the Army’s 1st Infantry Division.
Since moving to New Ipswich, she had become an Internet Antiques trader, and was a former
member of the New Ipswich Historical Society.
Besides her husband and parents, she is survived by two step-children, Rebekah Burke of Dracut,
MA, and Nicholas Burke of Manchester, NH; two step grandchildren, Shya and Gavin; and many
relatives and friends in both Lowell and New Ipswich.

Her funeral Mass was celebrated Friday, May 26, in St. William’s Church, Tewksbury. Burial with Army Honors was at Tewksbury Cemetery. Memorials to the Greyhound Placement of
New Hampshire, P.O. Box 58, New Boston, NH 03070, will be appreciated.