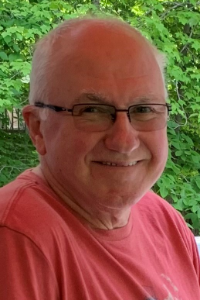 Michael L. Monfette, 74, of Alton Bay, NH, passed away Tuesday, September 27, 2022, surrounded by his loving family at the Granite VNA Hospice House in Concord, NH. He was born on February 27, 1948, in Newport, VT, a son of the late Willis and Elizabeth (Page) Monfette. Michael proudly served his country in the US Army during Vietnam. He worked for Burton Wire and Cable for over 37 years before retiring last October as the Plant Manager, a job he truly loved. Michael loved camping with his family and enjoyed building that perfect campfire! He also enjoyed travelling around to visit his extended family. Michael was a Mr. Fix-it. He was known to often lend a helping hand to anyone who might need it and tackle any home repair job presented to him. Michael was raised to always put his family first and be sure they were well cared for. As a young man he even sent his pay from the Army back home to his parents while he was serving in Vietnam. He took great pride in his role of caretaker to his entire family. He will also be sadly missed by his constant companion, Henry the cat.

He is survived by his loving wife of 36 years, Nancy (Ivashek) Monfette, his son, Eric Michael Monfette and his wife Katie, his daughter, Emily Anne Monfette, and one grandson Connor Michael Drinkwater. He is also survived by a brother, Patrick Monfette, four sisters, Judy Spatola, Carol Corbett, Jean Risotti, and Cathey LaMonda; as well as many nieces, nephews, and extended family. He was predeceased by a brother, Alan Monfette and sister, Janice Bergeron.

Following cremation, a memorial calling hour will be held on Saturday, October 1, 2022, from 2 – 3pm with a service to begin at 3:00pm in the Peabody Funeral Homes and Crematorium, 15 Birch Street, Derry, NH. In lieu of flowers, memorial contributions may be made to St. Jude Children’s Hospital, 501 St. Jude Place, Memphis, TN 38105. https://www.stjude.org/