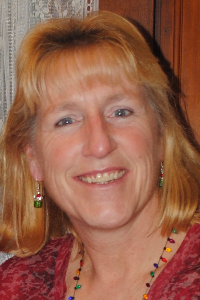 HOURIHAN, Janet A. Of Dudley, formerly of Needham. Janet passed peacefully after valiantly and gracefully coping with cancer for years. Janet refused to let her physical ailments limit her as she continued to carry on a rich life filled with zest and purpose. On September 19, with lightning illuminating the night sky, Janet silently said so long, farewell while encircled by family members. Janet was the beloved wife of Bill Brooks, an adoring and devoted mother of Dan and Ryan Brooks, and an admired stepmother to Joe and Mike Brooks. She is the daughter of Clare Hourihan and the late Thomas J. Hourihan, sister to Tom Hourihan (Karla Keefe), Karen Joy (Tom), Kathy Carter, Lisa Jackson (Tom), and Lynne Kilmartin. Sister-in-law to John Brooks (Judith), Carol Rice (Tony), Peter Brooks (Linda). Janet is also survived by numerous cousins, nieces, nephews, and step-grandchildren. Janet was an accomplished basketball player at Holy Cross College where she held the women’s rebounding record for 34 years. She received numerous awards during her high school and collegiate basketball career. Janet was the 1984-85 MAAC Conference Player of the Year, the 1985 New England Player of the Year, and a 1991 inductee into the Holy Cross Hall of Fame. Janet was a tough as nails competitor who was gracious in defeat and complimentary of the accomplishments of others. As a coach at her alma mater Needham High School, Janet was awarded the league’s sportsmanship award. Janet was the consummate teammate and community member. She attempted to lead through collaboration and diplomacy while holding on firmly to her convictions. Professionally, Janet spent 20 years at Wyman Gordon as a divisional manager of workers’ compensation. Janet was an integral part of the Dudley sports community where she coached the youth of Dudley in basketball and soccer for almost two decades. She displayed tremendous patience and aptitude imparting the fundamentals of athletic skills and sportsmanship to those she coached.

As impressive as Janet was on the athletic fields and courts, it was in the court of public opinion that Janet reigned supreme. She had a warm, welcoming personality, and she was quick to inquire about the well-being of others, offer words of encouragement & praise, and share her wisdom. Janet was respected and liked by all who met her. She lived a life of dignity, generosity, humility, and service to others. She was always on the move. Janet had a passion for music, dancing, and baking. She was also an avid sports fan of all the local sports teams, and she was the long-standing Commissioner of a football pool. Janet’s warm heart, bright smile, humor, generosity of spirit, and positive energy will be greatly missed. She is an inspiration to all those who knew her.

Donations to the Jimmy Fund would be greatly appreciated in lieu of flowers.