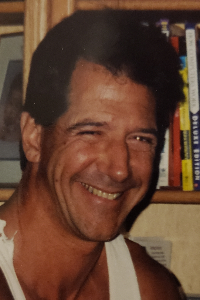 How to describe Harry? He was one of a kind. He was endlessly generous with his smile, his love and his wallet. And his opinions, which he usually prefaced with a tip of his head, wave of his hand and the words “I could be wrong but…”.

As a young man Harry bartended and managed a comedy club and the instinct to host never left him. He loved any excuse for a gathering of family and friends, old and new. He wanted to include everyone, and he never failed to entertain. Later Harry had a long career in IT, much of it as a consultant. At each new assignment he was the de facto social director, organizing ‘road trips’ to bring the group together. He did it purely for the social aspect, but we always worked better together as the group laughed, joked, teased, and bonded.

More important to him than his work was his family and friends. Harry made friends wherever he went. It was his openness, his kindness, his genuine caring and lack of judgement that drew people in. And that smile. And once you were in his address book he was not letting go. If a certain amount of time, known only to Harry, passed without a call he would call you. Repeatedly. He epitomized the term Friends for Life. He stayed in touch with friends from early childhood, the young adult wild years, every sports team he ever played on, kids he coached in Little League who now have kids in Little League, their parents, and people from every job he ever had.

Then there’s his family. It’s not enough to say Harry was devoted. As a father, a husband, a son, brother, uncle, cousin, etc., whether the relationship was established by blood or by marriage, Harry gave everything he had. He looked for the best in us and reflected it back to us. At every family gathering Harry could be found with the kids, bouncing babies, chatting with toddlers, roughhousing with kids, always playing. Always laughing. And checking the score if the Red Sox or the Patriots were playing. He could also be counted on to give an eloquent toast or speech, either planned or at the drop of a hat. He loved people deeply and he wanted them to know how much they meant to him.

Harry developed a deep spirituality over the last couple of decades as he searched for a way to deal with some incredibly painful events. He captured his insights in a few documents that he shared with anyone who was interested, one more way he tried to comfort people. His spirituality served him well this past year as his health failed. He was grateful for the time to connect, to share his love, and to say goodbye. We are deeply grateful to everyone who reached out to him, drove him to treatments, took care of Michael, and sent their love and prayers.

Harry is predeceased by his son Alex John and his father Peter John. He is survived by his sons Peter John and Michael John, stepsons Ryan Mellon and Scott (Denise) Mellon, his wife Lesley Makris, his mother Eleanor John, his brothers David (Vicky) John and Christopher (Christina) John, his sister Mary (Bill) Sandford and so many nieces, nephews, cousins, grand nieces and grand nephews from both his and Lesley’s family that love him so dearly. May he rest in sweet peace.

Visiting hours will be held in the P.E. Murray - F.J. Higgins, George F. Doherty & Sons Funeral Home 2000 Centre St. West Roxbury on Wednesday, September 14th from 2-6pm, please feel free to bring pictures of Harry. A Celebration of Life, will follow the visitation at The Chateau Restaurant 404 Boston-Providence Turnpike, Norwood, from 6:30-9:00pm . Interment private. In lieu of flowers, donations may be made in Harry's memory to help with the care of Michael John, gofund.me/6f637e3c.