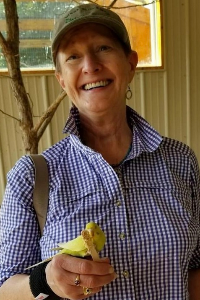 Boston, MA – On Saturday, September 3, 2022, after a brief illness at the Brigham and Women’s Faulkner Hospital, Jamaica Plain, MA. She was 74.

Ellen was born January 31, 1948, at the Faulkner Hospital, the third of ten children of Thomas Anthony Fulham and Annette Marie Healy. She attended St. Paul School in Wellesley, MA, and was in the first class to graduate from Eighth Grade at the then-new school in 1961. Attendance at Wellesley Junior High School and Wellesley Senior High School followed. While there, Ellen excelled at languages including Latin and Spanish. Ever after, she was prone to reciting an ode to Simon Bolivar, the George Washington of South America. Included in this experience was a summer spent in Mexico City with the Alvarado Family.

Upon graduation with the Class of 1965, Ellen matriculated at Albertus Magnus College, New Haven, CT, where she majored in Political Science and was a second alto in The Sandpipers, an acapella singing group that performed all around the New Haven area. Ellen was a strident voice for women’s rights and an ardent campaigner for Gene McCarthy for President (“Get Clean for Gene!”). However, Ellen’s activism was too far ahead of the conservative, small, Catholic women’s college and she left at the conclusion of her junior year. Moving to Boston, Ellen enrolled for her senior year in Suffolk University, and graduated with the Class of 1969. Ellen continued at Suffolk Law School and earned her juris doctor in 1977.

While at Suffolk, Ellen started a career of public service with the Commonwealth Attorney General’s Office which she continued as an attorney working. She transferred to the Suffolk County District Attorney’s office as an Assistant District Attorney causing her father to comment “Ah, Winthrop to Winthrop in one generation”, and concluding with running the Suffolk County Grand Jury. She retired from the public sector in 2000 and joined Thomas McDonough in a private law firm specializing in worker’s compensation. She fully retired from the practice of law in March 2021.

After a lengthy courtship, Ellen wed Gordon J. Lopez, an enrolled member of the Tohono O’odham Tribe, on November 11, 1989 (“So I won’t forget the date of our anniversary”) in Needham MA. A decade-long marriage followed, moving to West Roxbury and culminating in a divorce. However, Gordon and Ellen never stopped loving each other and remarried on August 25, 2021 in West Roxbury. They had just celebrated their second one-year anniversary which Ellen declared, “the best year of my life”.

Ellen was a life-long lover of language, with a particular fondness for its quiddities: jokes, puns, mondegreens, etc. She was an avid reader of The New Yorker magazine and one of the only known subscribers who actually kept up with her reading. Like most of her family Ellen loved all kinds of music, and was beloved in her family for her mis-hearing of various rock and roll lyrics. In recent years Ellen even took part in a senior bowling league! But aside from her sharp intelligence and her profound empathy, everyone remembers her most for her spontaneous, uninhibited, raucous laugh!

Ellen is preceded in death by her parents and by her sisters, Annette Fulham Kletter (Larry), Mary Fulham Killion (Bill) and Lucy Catherine Fulham. She is survived by her husband Gordon Lopez of West Roxbury, his sons Jeremy and James, Jeremy’s children Gabriel and Sophia, James’ daughters Rinoa and Shadow, by her sisters, Christina J. Fulham and Gretchen M. Fulham, of Stoughton MA, Deborah Wescott Fulham-Winston (Robert), of Carlisle, PA, and by her brothers, Thomas A. Fulham (Marcia), of Alexandria VA, Nicholas L. Fulham (Rosemary), of Framingham, MA, and Gregory J. Fulham (Patricia), of Chicago, IL.

Funeral arrangements are private. In lieu of flowers, donations may be made to the Thomas A. Fulham Scholarship at Suffolk University, Office of Advancement, 73 Tremont Street, Boston, MA 02108.

Please join us at a memorial celebration on October 15, 2022 from 2 PM to 4 PM in the Parish Hall (10 Atwood Street, Wellesley) at St. Paul Church, Wellesley. Ellen’s family would love to hear your remembrances of her life.