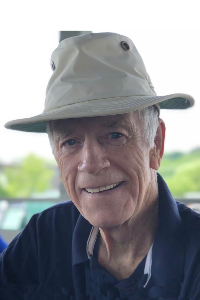 Kennedy, Donald A. "Donnie" of Ipswich and formerly of Watertown and Dedham passed away peacefully on Monday evening, August 15, 2022, at home with family.

He was the beloved husband of the late Rena (Cheverie) Kennedy, with whom he shared 60 years of marriage.

Donnie was born in Inverness, Cape Breton, Nova Scotia, Canada on April 15, 1938. He is the son of the late Effie and Hughie Kennedy and dear brother of Alana Landry and Leona MacInnis both of Waltham, Jack Kennedy of Amesbury, Isabel Duddy Belmont, Joanne Sullivan of Lynnfield, Sarah Roux of Stoughton and Margaret Murphy of Bangor. He is the brother of the late Patricia Chisholm, Joanie Tardif, Al Kennedy and Shirley Sheehan.

Donnie will be remembered for his remarkable compassion for others, his charm, his love and talent for sports, his fondness for Cape Breton, Nova Scotia, his adoration for his grandchildren and faithful canine companion Timmy.

A private funeral Mass will be held Monday, August 29th at 9am St. Susanna Parish in Dedham, MA and interment to follow at St. Joseph cemetery in West Roxbury, MA.