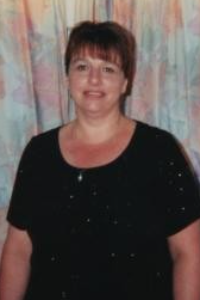 Joanne M. (Vieira) Sousa, 65, of New Bedford, passed away on Saturday, August 6, 2022 at Care One at New Bedford following a long illness. She was the daughter of the late Frank G. Vieira, Jr. and the late Jeanne (Gauthier) Vieira.

Ms. Sousa was born in New Bedford and prior to retirement, had worked as a children's librarian for many area libraries. She also drove the Book Mobile for the Town of Dartmouth. She was very devoted to her grandson.

Survivors include her son: Adam Sousa; 2 brothers: Eugene Vieira of Fairhaven and Michael Vieira Vieira of Dartmouth; 2 sisters: Shirley Hogan of SC and Patricia Vieira of Plymouth; her grandson: Trent Sousa; and many nieces and nephews.

She was the sister of the late Lorraine Vieira.

Memorial Mass of Christian Burial to which relatives and friends are invited will be Friday, August 19, 2022 at St. George Church, Westport at 10:30 A.M.

Memorial visitation will be Friday, at the Potter Funeral Home from 9-10 A.M, prior to the Mass.

In lieu of flowers, memorial donations may be made to the Dolly Parton Imagination Library at donate.imaginationlibrary.com.