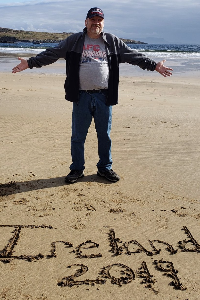 Kevin P. McConnell, 54, of Westport, died peacefully at home with his family by his side on Thursday, August 11, 2022.

Born in Fall River, son of Paul L. McConnell and the late Diane E. (Miller) McConnell, he was a lifelong resident of Westport. He was a technician for Verizon for 25 years. Mr. McConnell was family oriented and was a brother and uncle to all. An avid Patriots fan, he also enjoyed being on the water and riding ATV's.

Private services will be held at the convenience of the family.