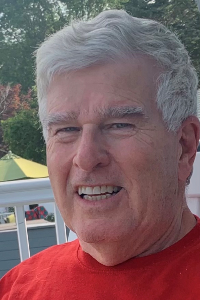 Dr. Michel A. Jusseaume DDS, 76, of Westport, passed away peacefully at home with his family by his side on Monday, August 8, 2022. He was the husband of Paulette (Comtois) Jusseaume, they were happily married for 53 years.

Born in Fall River, son of the late Andre E. and Doris M. (Dionne) Jusseaume, he had lived in Westport since 1975. A proud dentist, he served the Westport community for over 40 years. A veteran of the Vietnam Era, he served his country in the United States Navy. He was a Communicant of St. John the Baptist Church, Westport and served as an altar boy when he was younger at the former Notre Dame Church in Fall River. He enjoyed skiing with family and friends, playing tennis and caring for his many rose bushes.

Including his wife, survivors include a daughter: Danielle M. Peterson and her husband Kevin of WA; 3 sons: Marc A. Jusseaume of CO, David M. Jusseaume of Westport and Topher M. Jusseaume and his wife Rachel of Westport; 9 grandchildren; 1 great granddaughter; and several nieces and nephews.

He was brother of the late Raymond E. Jusseaume.

Mass of Christian Burial to which relatives and friends are invited will be Saturday, August 13, 2022 at St. John the Baptist Church, Westport at 11:00 A.M.

In lieu of flowers, memorial donations may be made to: www.parkinson.org.