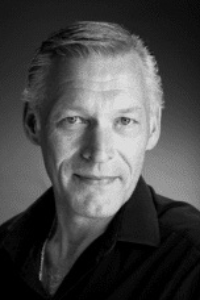 
It is with profound sadness we announce the sudden passing of Peter W. Pawlyshyn at his home in Boston MA, USA on July 6, 2022.

With much love and affection Peter is remembered by his mother Marcia, brother Eric (Theresa), sisters Barbara and Lynda, nephews, Matthew (Lauren), Andrew (Lindsay), Gabriele (Jenna) and Steven, great nephews Dylan, Connor and Luke, many cousins, friends and colleagues. Accepting his wings and the call from the Lord, Peter has now been reunited with his father Peter Sr, brother Gary, grandparents Fred, Anne, William and Petronella, aunts, uncles, cousins and dear friends whom predeceased him.

Peter was born and raised in Winnipeg, MB. In the early days the seeds of his Catholic faith, Ukrainian language, culture and dance were sown and took root at Christ the King Ukrainian Catholic Church. He attended Tec Voc High School. Peter studied Ukrainian folk dance along with many children of his generation at the Ukrainian National Federation Hall. He then went on to dance with the Rusalka Dance Ensemble. Peter taught for Sopilka Ukrainian Dance School between 1974-76. Peter was very generous with his time and talents. While dancing with Rusalka at the time, he agreed to help start the Rossdale Ukrainian Dance School in 1977. Peter laid a solid foundation for the school and remained with the group until 1984 as Artistic Director. His strong influence is still evident in the school today. In 1979, while touring in Ukraine with Rusalka, Peter found his calling to pursue further dance study in Kyiv Ukraine with the Pavlo Virsky Character Academy. Once he returned to Winnipeg, that growing desire to dance led him to the Royal Winnipeg Ballet School of Dance. After graduating from RWB, Peter’s professional dance career led him to the USA where he remained. Dance was his passion and eventually it became his chosen and beloved career for over 40 years. In his career he danced numerous roles with Royal Winnipeg Ballet, Louisville Ballet, and Nevada Dance Theatre where he also served as Assistant Ballet Master. He appeared as Guest Artist with Boston Ballet in John Cranko’s production of Onegin.

Upon retiring, Peter was invited to join the staff at Boston Ballet School where he spent seven years as a coach and teacher for Ballet Character, Pas de Deux, Repertoire, and Men’s Variations. He was Associate Artistic Director/Ballet Master of Eugene Ballet for six years, as well as School Director of the Kansas City Ballet for four years. Other teaching credits include guest teacher at Royal Winnipeg Ballet, International Ballet Competitions, Hartford Ballet, Joffrey Ballet II, Atlanta Ballet, Cecchetti Council of America, Florida Ballet, New England School of Dance, Londonderry Dance Academy and Dance Enthusiasm, to name a few. He coached and restaged numerous ballets and also choreographed ballets such as Cinderella, La Boutique Fantasque, Natalia, and Tango. In recent years Peter looked for a change of pace and was happily employed with Trader Joe’s in Cambridge MA. As well, he continued to teach and mentor young dancers until his passing.

Peter loved his adopted country of the USA, though his love for his homeland Canada and his Ukrainian heritage never waned. Peter cherished his family and took every opportunity to stay in touch and come home regularly for his vacations and important family occasions. Weekly calls with his beloved mother continued until his passing. He was a devoted son. His love for his "boys" the nephews was immense. He was so proud of them and the great men they had become. He was so happy to finally return home for two relaxing weeks in August 2021 after the co-vid pandemic had kept us apart for too long.

Our family would like to thank the concerned friends, first responders, Boston Police Dept, Boston Medical Examiner’s Office, Casper Funeral Services whose care and professionalism have been greatly appreciated.

To all the dear friends and colleagues of Peter, we thank you for the kind words and tributes you have shared with all of us. It is comforting knowing that Peter’s God given talents, kindness, loving and generous personality made a great impression and impact on so many people. His memory and legacy will live on.

Funeral service will be held on Friday, August 12, 2022 at 6:30 pm CST at St Joseph's Ukrainian Catholic Church, 250 Jefferson Ave, Winnipeg, MB with Fr Bohdan Lukie and Fr Dmytro Dnistrian officiating. Service will be live streamed. Go to YouTube and search St Joseph’s Ukrainian Catholic Church Winnipeg. Peter will be laid to rest on Saturday, August 13, 2022 at 12:00 pm CST with graveside service and burial at the Exaltation of the Holy Cross Ukrainian Catholic Cemetery in Elma, MB. In lieu of flowers, donations can be made in memory of Peter to the Peter Pawlyshyn Memorial Fund at The Winnipeg Foundation. Peter your journey here on earth ended too soon. You will be fondly remembered and deeply missed by your family and countless friends and colleagues.