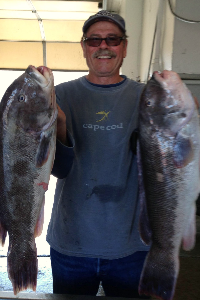 Born in New Bedford, son of the late Albert E. and Constance (Mello) Sherman, he had lived in Westport for most of his life. Gary spent his childhood in Riverside, CA where he became an Eagle Scout and developed his lifelong enjoyment of camping, travel, hunting, fishing and boating, mostly anything that had to do with the great outdoors. When he graduated from Norte Vista High School he got a job with the Prelude Corporation in commercial fishing. He and his family returned to the east coast where Gary continued to fish for 18 years before becoming the Town of Westport's Shellfish Constable, he was very passionate and dedicated toward his work. He was a member of the Massachusetts Shellfish Officer's Association and became president of that Association for 14 years. Although he retired 6 years ago, his passion remained in fishing which he continued as his retirement hobby. Mr. Sherman was an avid New England sports fan. He will always be remembered as a positive person with a "can do" attitude and a good sense of humor.

Including his wife, survivors include a son: Andrew E. Sherman and his wife Kori of Dartmouth; a brother: Wayne Sherman of Maine; and several nieces and nephews.

He was brother of the late Susan Holcombe.

Funeral to which relatives and friends are invited will be Saturday, July 30, 2022 at the Potter Funeral Home at 6 P.M.

Memorial Mass to which relatives and friends are invited will be Saturday, September 10, 2022 at St. Mary's Church, Dartmouth at 10:00 A.M.

Interment will be in Maple Grove Cemetery, Westport following the Mass.