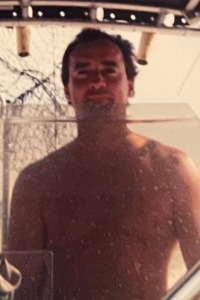 Donald A. Honeycutt (aka Cutter), 61, of Westport, passed away at his home on Friday, July 1, 2022. He was the son of Ann-Louise Honeycutt of Swansea and Donald R. Honeycutt and his wife Cynthia of Somerset.

Mr. Honeycutt was born in Swansea, MA, and had been a longtime resident of Swansea before relocating to Westport in 1986. He loved being on the water, where he cherished spending time with his son when he was younger. He was an avid fisherman and outdoorsman. In addition, he was an incredibly creative mason.

Memorial service details will be announced in the coming days.

In lieu of flowers, memorial donations should be directed to the Westport River Watershed Alliance, P.O. Box 3427, Westport, MA 02790.