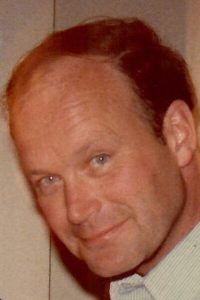 Richard G. Fuller passed away at home in Brigantine, NJ, on June 25, 2022. He was 81 years old. Born in Winthrop, he was the son of the late Faith (Gardner) Murphy and Carl Fuller. Richard was the step-son of the late Eleanore Fuller and Norman Murphy. Richard often stated he was blessed to have had two mothers and fathers as they were his support growing up and shared a bond of love.

Richard graduated from Winthrop High School-Class of 58 and Northeastern University in Boston with a degree in Electrical Engineering. During his long career, he worked for many companies servicing and later selling hospital X-Ray equipment. His last 20 years of employment was with the Sieman’s Corporation as C.T. Trade-in Manager and from where he retired in 1999 after a full and satisfying career.

Richard is survived by two sons, James of Highspire, PA and Christopher of Worcester. He leaves three grandchildren; Jessica, Andrew and Shane Fuller. Richard is also survived by his siblings, Nancy Fuller, Ronald Fuller and his wife Dorothy and Carl Fuller along with many nieces, nephews and his special friend, Phon Johnson. Richard was predeceased by his wife Marilyn (Smith) Fuller.

Richard was a believer in his Catholic faith and his funeral will be from the Maurice W. Kirby Funeral Home 210 Winthrop St. Winthrop, on Friday, July 1, at 10:30AM, followed by a funeral Mass in St. Michael the Archangel Parish (formerly St. John the Evangelist Church) 320 Winthrop St. Winthrop at 11:30AM. Relatives and friends are invited. Interment will be in Winthrop Cemetery. Visiting hours will be held in the funeral home on Thursday, from 4-6:30PM. Richard was an animal lover and sheltered many cats at his home so memorial donations can be made to the Humane Society of Atlantic County, Tel: (609)-344-0346.