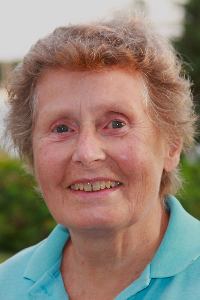 Beatrice Brewster, 88, of Westport Point, MA passed away on Wednesday, June 15, 2022 at the New Bedford Jewish Convalescent Home. She was the daughter of the late Benjamin and Beatrice (Flint) Brewster.

Born in Boston, Ms. Brewster was raised in Bloomfield Hills, Michigan where she attended Kingswood School Cranbrook (’51). She went on to study theatre and music at Vassar College (BA ’55). Following graduation, she moved to New York City where she was employed by the American Museum of Natural Historyfor 40 years.

An accomplished soprano, Beatrice was a member of The Canby Singers who performed a diverse repertoire of choral music in many New York City venues including Central Park. She sang with the choirs of St. Peter’s Chelsea in New York City and the Westport Point United Methodist Church. She played the recorder, the viola da gamba and continued with singing lessons until she was 85.Following her retirement from the museum in 1998, Beatricemoved to her beloved home in Westport Point where she and her family had summered since she was a child.

Beatrice delighted in nature, stopping to listen to the call of a bird, inspect a wildflower or identify an insect. In summer she could be found daily swimming or snorkeling in the Westport River.
A free spirit, Beatrice walked with a spring in her step and greeted everyone she met with a broad smile. She was good naturedwith awry sense of humor and will be remembered for her astute observations, vivid imagination and happy demeanor.

In lieu of flowers, memorial donations may be made to Vassar College, Cranbrook Schools,or St. Peter's Chelsea, NYC.