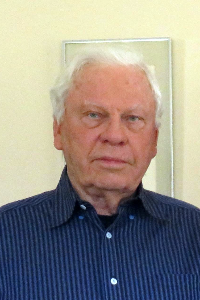 Richard Taylor Borden, 84, of Westport, transitioned peacefully from this life on May 6, 2022. Born in Fall River, MA, and brought up in Westport, Richard graduated from Westport High School and from UMass Amherst, where he majored in Economics. He worked briefly for the U.S. government in Washington, D.C. and then as an analyst for the RAND Corporation and for Pacific Dynamics Corporation, a company of which he was a founder, in Vietnam and in Hawaii. He travelled extensively in southeast Asia and lived and worked in Hawaii for several years. During the 1970s he spent several years at the Findhorn Foundation in northern Scotland (https://www.findhorn.org), where he served as a mentor and friend to others at the Foundation. He developed friendships with people from around the world, friendships that lasted for the rest of his life. He later retired to his childhood home and took care of his parents as they aged and eventually passed on. He traveled frequently to visit friends and places around the United States, in Europe, and in southeast Asia.

Richard was born in Fall River to Charles Borden and Hazel (Simmons) Borden. He is survived by his brother Robert Borden and his wife Karin of Andover, MA, his niece Jennifer Borden and her husband Joseph Balsama of Somerville, MA, his grandniece Charlotte Balsama of Somerville, his cousin Gladys Kirby of Westport, a number of other cousins, and a group of close friends from around the world. He was predeceased by his nephew Stephan Richard Borden.

Richard’s wish was that his ashes be scattered over the Pacific Ocean at Hawaii. He did not want a traditional funeral service. We will hold Richard in our hearts and remember him with love.