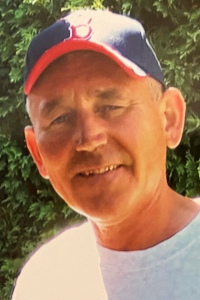 After a long battle w/ asbestos lung disease, Rene Raymond Parent (“Cap”) of Westport passed away peacefully in his home surrounded by his loving & caring family on May 4th, 2022. Survived by his wife of 50 years, Claire (Plante) Parent, their children, Pamela (Parent) Melanson of Westport, Raymond Parent & his wife Stacey (Lepage) Parent of Westport, and Nicole (Parent) Marino & her husband, Kevin of westport. He was blessed w/ 3 amazing grandkids, Raymond J. Parent, Reagan J. Parent, & Lily E. Mercer. Cap is also survived by his 2 sisters, Denise (Parent) Harvey & her late husband, Willie Harvey of Mississippi, and Susan (Parent) Sherman & her husband Denis of Fall River. Rene had a great love for all his nephews, nieces, and numerous cousins from MA to CA.

Rene is predeceased by his loving parents, Rene E. Parent, Evelyn (Vieira) Parent, and Jeanne (Brunelle)Parent, all of Westport.

Cap was a lover of all things mechanical, he could fix literally anything & was always quick to lend a hand & share his depth of knowledge w/ anyone in need. He was an avid race fan, traveling from Canada to FL w/ his best friend & son, Raymond on the ACT Tour, he attended weekly racing at local tracks throughout all of NE. In the early 70’s, he raced small hydroplane boats on the South Watuppa in the boat club he founded, South Watuppa Experimental Racing Assoc. Cap spent countless hours working on cars for friends & family & had the great opportunity to rebuild his 1955 Chevy w/ his grandsons.

Rene’s greatest pride & joy was retiring after 30 years in the US Navy as a Command Master Chief in the Seabees. Cap dropped out of high school out of boredom & lack of being challenged so he joined the Navy in 1968. His first duty station was onboard the USS Purdy, DD 734 working in the boiler room. At that time he knew he wanted to do more welding & steel work so he transferred to the Seabee unit in the construction force as a Steelworker. He served w/ NMCB 10, with whom he served in combat in Vietnam during 1969. There, they built a bridge over the Quang Tri River in the northernmost province of the Republic of South Vietnam, near the DMZ line. Along with the US Army’s 101st Airborne division, his unit was involved in some of the heaviest fighting in Vietnam. Leaving Vietnam, he transferred into the Reserves, where he spent the remainder of his 30 years serving in NMCB 12 & 27 out of Davisville RI & Brunswick, ME. He also spent a few years as the Safety Chief w/ Command Battalion Hospital Unit-7. Rene would impact lives throughout his lengthy career, doing what Chiefs Do…”Carry out the plan of the day, kick “butt” and take names!” His greatest accomplishment in his time in service was watching his daughter, Pam give 16 years of her life to the USN-R as a Petty Officer Second Class Hospital Corpsman.

As a civilian, Rene was a member of Sheet Metal Workers Union, Local-17. He was employed by Harold J. Hughes Company of Fall River for many years as a sheet metal/welding laborer. During his time as laborer, the colliding of his 2 worlds came together courtesy of the British Navy. The HMS Walrus, was docked at the State Pier in New Bedford & in need of repair. He earned recognition from the Queen of England for his expertise in metal work abilities. In the mid 80’s, Cap needed to be challenged more, so he became an Air Balancing Technician w/ Thomas Young Assoc in Marion. His work would lead him to Diego Garcia and England to name a few. He would later establish his own company, Reliable Air Balance of Westport, which he retired from.

Cap had a great love of the outdoors & hunting. He shared a life-ling hunting camp in Maine. He spent endless hours hunting, ice fishing, & riding his quads & side-by-side. He spent a number of weeks w/ his grandkids camping & playing by the campfire. He was a member of the Dennyville ATV & Snowmobile Club. He shared his love of outdoors & respect of his 2nd Amendment rights w/ his youngest daughter Nicole, who carries his Seabee “Can Do” attitude as the manager of over 100 guys on the pipeline.

He was a life-long member of the Westport VFW, Post 8502 where he just earned the title of Sr. Vice Commander in early April 2022. He was so admired & respected by his friends at the club. Therefore, In lieu of flowers, we ask for donations to be made to the Westport VFW, PO Box 1498 Westport, MA 02790. He was so proud of his fellow comrades to have saved the club from closure during the pandemic.

Funeral to which relatives and friends are invited will be Monday, May 9, 2022 from the Potter Funeral Home at 11:00 A.M. followed by a Mass of Christian Burial at Our Lady of Grace Church, Westport at 12:00 P.M.

Calling hours will be Sunday from 4-8 P.M.

Interment will be in Notre Dame Cemetery, Fall River.