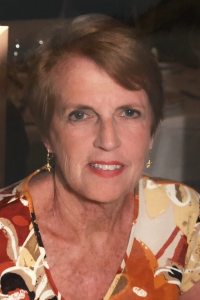 Carol A. (Jerome) De Souza, 83, of Tiverton, passed away on Friday, April 29, 2022 at Charlton Memorial Hospital. She was the wife of Wallace "Wally" De Souza, sharing 63 years of marriage.

Carol was born in Fall River, daughter of the late Paul Jerome, Sr. and had been a lifelong resident of Tiverton. She spent most of her career in banking, and just prior to her retirement, worked as a loan officer for Bank of Newport. Following that she volunteered for Meals on Wheels, Tiverton for over 25 years. Carol was an avid gardener and took great pride in her beautiful flowers. She enjoyed traveling to many exciting places, and her greatest joy was spending time with her family and friends. She adored her grandchildren and great grandchildren.

She was the sister of Mary Scharn and Susan Radkte, both of Nevada, and of the late Paul Jerome, Jr.