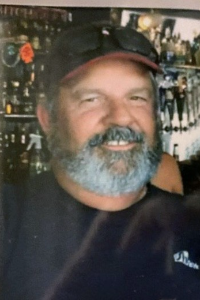 
William “ Billy” Danis was born on February 13, 1956 in Fall River Mass. He grew up and spent most of his adult life in Westport, Mass.

William Danis died at his home on January 20, 2022. Billy passed away after complications from surgery he had back in October.

Billy attended grammar school in Westport but graduated from Bishop Stang High School in 1974. He started work at a very young age at Sampson’s Potato Farm. Bill was hard working his whole life. He worked for many years and had close relationships with the Ponte family. He also worked closely with the McGovern Family at McGovern’s Family Restaurant. Billy recently retired from his job at McClellan Fuels/WH Riley after over 30 years. He enjoyed the New England Patriots, the Boston Bruins, hunting and archery, time on the farm, tractors, trucks and cars and mostly relaxing with a good cigar. Bill had a great sense of humor and was known to be famous for his “ one liners”. Bill leaves behind numerous friends and relatives. He is survived by his son Brendan, his brother Jim and sister in law, Denise, and sisters Kathy, and Jean. He lived until his death with his partner Carol and her son, Michael.

Bill’s wishes were to not have funeral services. However, the family will be holding a private celebration of life, in his memory, later this Spring. Billy lost his daughter, Erin at a young age, a sadness that he carried with him always. We think of Billy, now that he has passed, warmly in Erin’s embrace.