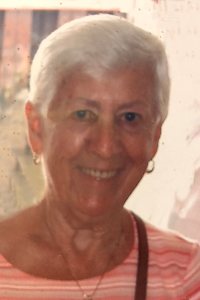 Born in Fall River, daughter of the late William and Mariana (Viens) Lemelin, she had lived in Westport since 1966. She was a Communicant of St. John the Baptist Church, Westport. Mrs. Wilkinson was a member of the Westport Seniors at Our Lady of Grace. She was an avid reader and enjoyed boating, but most of all she loved spending time with her grandchildren.

She was sister of the late William Lemelin.

Mass of Christian Burial to which relatives and friends are invited will be Monday, January 24, 2022 at St. John the Baptist Church, Westport at 11:30 A.M.