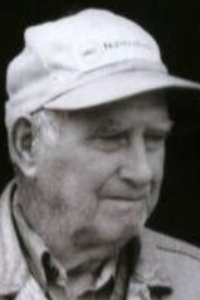 Frederick T. Zuber, 92, of Westport, passed away on Friday, December 31, 2021 at home. He was the husband of Mary E. "Betty" (Wilkie) Zuber. He was a devoted husband, father, “Jaju” and “Big Jaju” who worked hard each and every day.

Born in Tiverton, he was son of the late Peter and Helen (Kostka) Zuber. He was a Communicant of St. John the Baptist Church, Westport. He spent many years farming the land and raising cows in Tiverton, Dartmouth, and Westport and later as a security guard at Bristol Community College.

Mr. Zuber was a member of the Westport Fair Committee and a member of the High Hill Fox and Coon Club, Dartmouth. He enjoyed reading, cooking, gardening and most importantly spending quality time with his family, especially his grandchildren and great grandchildren. One of his yearly highlights included his annual “Zuber Family Clambake”. He taught his family so much about love but never lectured on it. He embodied it, he acted on it, and always showed it in his own ways.

Visitation to which relatives and friends are invited will be Friday, January 14, 2022 at the Potter Funeral Home from 4-7 P.M.

A Memorial Mass will be announced at a later date.