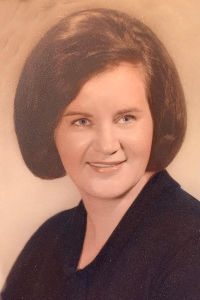 Virginia E. (Wholey) Steinkrauss, 79, of Tiverton, Rhode Island, passed away on Monday, January 3, 2022 at Brookdale Sakonnet Bay, Tiverton. She was the beloved wife of the late Philip J. Steinkrauss.

Born in Boston, daughter of the late John F. and Julia (Manning) Wholey, she had lived in Massachusetts and Bethel, Connecticut for many years with her family until moving to Rhode Island in 2001. Mrs. Steinkrauss was a school teacher until her retirement, and always had a special place in her heart for young children.

Survivors include a son: Philip J. Steinkrauss II and his wife Linda of Delaware; a daughter: Annelisa Steinkrauss of Tiverton; three sisters: Jacqueline Cahill of Raynham, Marjorie Desantis of Woodbury, Minnesota, and Patricia Wholey of Tiverton; 2 grandchildren: Philip and Angela; a brother: William Wholey of New Hampshire; and many nieces and nephews. She was the sister of of the late Anne Guertin.

A funeral to which relatives and friends are invited will be Monday, January 10, 2022 at the Potter Funeral Home in Westport, Massachusetts at 11:00 A.M. Calling hours will proceed the funeral from 9 - 11 A.M.

Burial will follow at the River Bend Cemetery in Westerly, Rhode Island at 1 P.M.