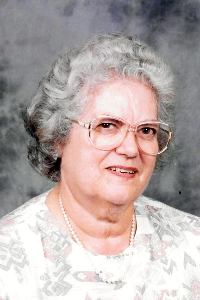 Born at home in East Freetown, she was the daughter of the George L. and Dorilla (Masse) Protin. A loving wife and mother, she is survived by a daughter: Charlene Ashley of West Wareham, MA and Wayne, PA; 3 sons: James E. Ashley of Rochester, MA, Michael G. Ashley of Barton, VT and Herbert W. Ashley of West Wareham; 7 grandchildren; 9 great-grandchildren; and several nieces & nephews. A daughter, Joan Ashley Storandt, and a son, George E. Ashley predeceased her. Her husband of 65 years, Emerson, passed away in 2011.

Mrs. Ashley married her husband in 1945 after completing high school. They resided in East Freetown where they started and raised their family. She assisted in the family business growing turkeys and later cranberries. She also worked as a homemaker, bookkeeper, and office worker in her career. In retirement she enjoyed the company of her family and accompanying her husband on their boat on local waters and on the Inland Waterway between Cape Cod and northern Florida. She spent the last years of her life in Onset and then in assisted living at Keystone Place at Buzzards Bay.

Funeral services will be determined at a later date.

In lieu of flowers, memorial donations may be made to Beacon Hospice, 32 Resnik Rd, Suite 3, Plymouth, MA 02360.

Arrangements are under the direction of the Potter Funeral Home.