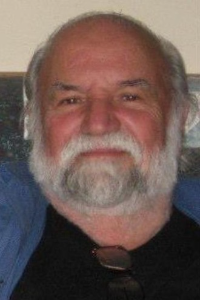 James J. Pires, 80, of Dartmouth, passed away on Monday, December 27, 2021, surrounded by his loving family at Charlton Memorial Hospital. He was the husband of Dorothy A. (Simpson) Pires.

Born in Fall River, son of the late Joseph and Christina (Costa) Pires, he had lived in Dartmouth for the last 40 years. Prior to retirement, he was a member of the Laborers Union 610 for over 50 years. Mr. Pires served his country in the United States Marine Corps, where he was a Rifleman Sharpshooter. In his earlier years, he enjoyed tennis, snowmobiling, bowling in the Holiday Lanes Men's League for Tony's Excavating and skeet shooting at the Fall River Rod and Gun Club. As a member of the Taunton Rod and Gun Club for many years he enjoyed his weekly visits with his friends for breakfast and some target shooting. He was a Communicant of St. George Church, Westport. Mr. Pires was a member of the American Legion Post 0124, Westfield, MA and the Woodrow L. Silvia V.F.W. Post 5392, Tiverton.

Including his wife, survivors include a daughter: Sharon L. Pires of Westport; a sister: Marjorie Powers of Swansea; and several nieces and nephews.

He was father of the late Stephen J. Pires.

Funeral to which relatives and friends are invited will be Friday, January 7, 2022 from the Potter Funeral Home at 9:00 A.M. followed by a Mass of Christian Burial at St. George Church, Westport at 10:00 A.M.

In lieu of flowers, memorial donations may be made to: St. Jude Children's Research Hospital, 501 St. Jude Place, Memphis, TN 38101 or to a Veterans organization of your choice.