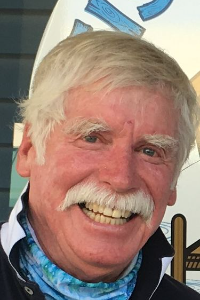 Michael K. Gahan of Winthrop passed away on December 26, 2021. He was 73 years old. Mike was the beloved husband of Elizabeth A. “Betsy” (Baker) Gahan. Mike was known as Metro Mike, Commodore, and Kitchen Boy. He was noted for his smoking jacket, cribbage board, bad sailing, ardent obit reading, love of spumoni ice cream, and his passion for 007 movies.

Mike was the owner and proprietor of Metropolitan Meat Company. He served as the centennial Commodore of the Cottage Park Yacht Club, was a member of Coral Reef Yacht Club and the Clover Club. His proudest achievement was his 55 years of volunteering as a Kitchen Boy for Camp Fatima Exceptional Citizens Week.

Mike’s funeral will be from the Maurice W. Kirby Funeral Home 210 Winthrop St. Winthrop on Friday, December 31, at 9AM, followed by a funeral Mass to be held in St. Michael the Archangel Parish (St. John the Evangelist Church) 320 Winthrop St. Winthrop, at 10AM. Relatives and friends are invited. Mike’s Mass can be watched via livestream by going to the parish website and clicking on the livestream link. Interment will follow in Oak Grove Cemetery-Medford.

Visiting hours will be held in the funeral home on Thursday, December 30, from 4- 8PM. In lieu of flowers, donations may be made to: MGH Pancreatic Surgical Research Fund c/o Dr. Carlos Fernandez del Castillo, 55 Fruit St, Boston, Ma 02114 or to Friends of Fatima, 32 Fatima Rd. Gilmanton Ironworks, NH 03837.