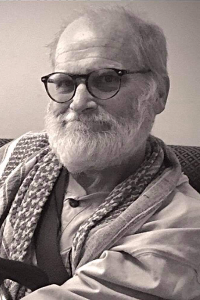 David Bush Le Fevre, beloved husband and father, passed away peacefully on October 14, 2021 in Ventura, California. He was 68 years old.

David was preceded in death by his parents, Bill and Edie Le Fevre; and one brother, Nick Le Fevre.

Many dear friends and family share in the loss of David’s passing.

David led a full life. He was born in Ventura on August 21, 1953 to Bill and Edie Le Fevre. He grew up in Ventura and graduated from Ventura High School. He then attended Ball State University, graduating in1976 with a degree in history, specializing in World War II. While at Ball State David joined the Alpha Tau Omega (ATO) fraternity. His fraternity brothers at ATO among his many life-long friends.

While serving as a Delaware County, Indiana deputy sheriff David met his wife of 42 years, Diane Gordon. They were married in Indianapolis, Indiana on June 9th, 1979.

They then moved to Ventura, California. David went to work for the family bottled water business. He purchased the business and ran it until it was sold in 2003. He then retired.

David had many interests. He was an expert on World War II and military aircraft. He had a life-long interest in hunting and the outdoors. He also earned his private pilot’s license.

David served on many community boards and civic organizations. He was made an honorary life-member of the Ventura Downtown Lions Club for his years of devoted service. David also served for a number of years on the Boys & Girls Club of Greater Ventura and Ducks Unlimited.

There will be a private burial service.

The family wishes to thank the staff of the Palms at the Bonaventure and Assisted Home Hospice all the wonderful care they provided for David.

In lieu of flowers the family suggests donations can be made to honor David at The National WW II Museum New Orleans, https://www.nationalww2museum.org/give or the Boys & Girls Club of Greater Ventura, https://secure.givelively.org/donate/boys-and-girls-club-of-ventura-inc/greater-together-join-the-movement, or the charity of your choice.