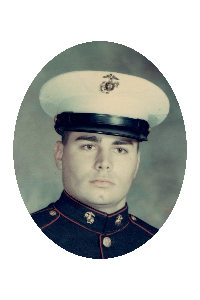 Richard A. Piche, age 70, of Brockton, passed away on Friday, October 8, 2021, at Good Samaritan Medical Center in Brockton. He was the companion of the late Kathleen A. "Kathy" Ahearn. Born and raised in Brockton, he was the son of the late Gerard and Fern (Bessette) Piche.

He served his country proudly in the United States Marine Corps from 1970-1972 during the Vietnam War.

Mr. Piche worked for Premier Diagnostic Services in Avon for many years.

Richard was a unique but simple man. He was successful, traveled all over the world and country for work and made friends everywhere he went. Family time was very important and loved spending time with those he loved. He was very good to his nieces and nephews. Some of his interests include going to the gym, fitness and watching westerns. He and Kathleen moved in with his mother and they both took very good care of her for five years allowing her to remain at home during the last five years of her life, so she did not have to go into a nursing facility.

Richard is survived by his brother, Norman G. Piche, and his wife, Donna, of Pembroke; a niece, Melissa Pinnetti, and her husband, Aaron, of Hanson; two nephews, Michael Piche and his wife Ashley, of Denver, CO and Alex Piche and his wife Emily, of Nottingham, NH; grandnieces and grandnephews, Francesca, Michaela, Max, and Jordan, as well as many other extended family members. He was the brother of the late David E. Piche.

Relatives and friends are cordially invited to visit with Richard’s family on Wednesday, October 20, 2021, from 9:00 to 11:00 am, with a funeral service beginning at 11:00 am, in the Conley Funeral Home, 138 Belmont Street (Rte. 123) Brockton. Interment with military honors will follow in Calvary Cemetery, N. Cary Street, Brockton.