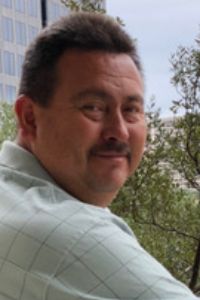 Ventura
Miguel “Angel” Lozano, 51, of Ventura, was welcomed home with open arms to our heavenly Father on September 9, 2021, with his family by his side.
Miguel was born to Jose Guadalupe Lozano & Maria Refugio Lozano, on August 31, 1970 in Ventura, California. He was the youngest of four children. In 1990, Miguel met Gina Loya in High School. She was the love of his life. Married on August 23, 1997 at Sacred Heart Church in
Ventura, California, the couple had four beautiful children over the years. He will be remembered as a loving Husband, Father, Brother, Son-in-Law, Brother-in-Law, Uncle, Godfather, Nephew, Cousin and Friend. Miguel graduated from Buena High School with the Class of 1988. Shortly after graduating, he was employed by the County of Ventura. Miguel worked for the Health Care Agency at the Ventura County Medical Center for the Maintenance Department as a Locksmith. He took pride working for the County of Ventura for the past 30 years.

Miguel attended New Season Church of Ventura on Sunday afternoons at Barranca Vista Park. He enjoyed Coaching his three son’s baseball teams at Saticoy Little League. Miguel loved to attend all the sports games that his children were involved in - especially his girl who played soccer. Jannine Lozano, a goalie, would share her defensive wounds with him, and tell him she had a good game! Miguel loved to watch his daughter’s soccer games. Miguel was also an avid Los Angeles Dodger fan. He watched the Dodgers play on T.V. and in the past, enjoyed going to games in person. He even had a Blue Dodge Truck that he drove with contentment. In his down time, Miguel tinkered with cars along with his boys. Additionally, Miguel loved to take his dogs Gracie Rey and Apollo for walks. Besides cars, pets and sports, Miguel took delight in good food. Each Friday, Miguel and his friends would honor their friendship with burritos - what came to be known as “Friendship Fridays” for the group. Miguel cherished his camping trips with friends and family. Miguel was famous for his BBQing. He enjoyed having family gatherings and grilling hamburgers, hot dogs, and smoking tri-tips, chicken and ribs. As he was grilling, it smelled so good that we would ask, “How much longer?” He would always say “You can’t rush a good piece of meat!”

Miguel:
God saw you getting tired and a cure was not to be. So he put his arms around you, and whispered, “Come with Me.” With tearful eyes we watched you as you slowly slipped away. Although we loved you dearly, we could not make you stay. A golden heart stopped beating, hard working hands at rest. God called you to heaven to show you his best! Welcome home. He is survived by his Wife Gina L. Lozano and their four Children: Miguel Jr., Gabriel, Jannine and Samuel Lozano, all of Ventura. He also leaves behind numerous family members, including a brother, two sisters, nephews, nieces, cousins, the broader community of Ventura, California & countless friends.

A Celebration Of Life will be held on Saturday, October 16, 2021 at Ventura Missionary Church located at 500 High Point Dr. in Ventura, California, at 10A.M. With Pastor Rafeal Robles officiating.
A Reception is to follow after the Memorial Service. ALL are welcome.
Flowers may be delivered to the church prior to the service at 9:00 a.m.
Baseball attire is encouraged.
The family would like to express their gratitude to the staff of Ventura County Medical Center for the care & kindness shown to Miguel & his family.
Arrangements are under the direction of JOSEPH P. REARDON FUNERAL HOME & CREMATION SERVICE, 757 E. Main Street, Ventura.