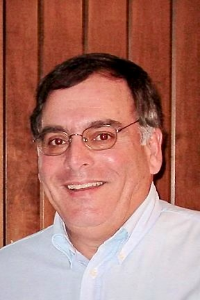 Frank Cabral, age 76 of Raynham, passed away October 2, 2021 at Morton Hospital. He was a resident of the Town of Raynham for 51 years. Frank was the beloved husband of Carol (Gilbert) Cabral. Born in Fall River, he was the son of the late Frank and Delia (Lima) Cabral.

Besides his loving wife Carol of 53 years, he is survived by his son Gregory and his wife Elizabeth, who Frank loved and looked upon as his daughter. He was the brother to Kathleen (Cabral) Talbot and husband William of Swansea, Eileen Cabral of Swansea, brother-in-law to Donald Gilbert and wife Eleanor of Raynham, and William Gilbert and wife Sandra of Florida. He was the uncle of several nieces and nephews. He was predeceased by his son Jeffrey Cabral and his sister Theresa (Cabral) Bielawski.

He enjoyed getting away to his second home in Maine, working in the yard, visiting the casino, playing the trumpet, and reclining in his chair to watch the Red Sox and Patriots. He was a new fan of the Buccaneers. Most of all, he enjoyed spending time with his family. Frank took great pride in being a Military Funeral Honors Bugler for Bugles Across America since 2007 and played live TAPS at military funerals in Southeastern Massachusetts.

Frank earned his B.S. Degree in Civil Engineering from Southeastern Massachusetts University and was a registered Professional Engineer. He worked as a Naval Architect for 27 years with the Department of the Navy where he spent the last 12 years as a Supervisory Naval Architect. He was the Sewer Superintendent for the City of Taunton in 1973. In 1977 he was elected to to his first term as a Raynham Sewer Commissioner where he served for 21 years. In 1997 he was appointed Raynham's first Sewer Superintendent to oversee a 30 million dollar sewer expansion program and he also developed the first full-time Sewer Department. He was also a Raynham Center Water Commissioner for 37 years.

Frank was the foundation of his family. He will be loved forever, and until we are reunited again, he will be missed greatly.

Relatives and friends are invited to visiting hours on Friday October 8, 2021 from 9:00-10:30am at the O'Keefe-Wade Funeral Home, 70 Washington St., Taunton, MA followed by a Christian Mass at Saint Ann's Catholic Church at 11 AM, 675 N Main St., Raynham, MA and burial at Pleasant Street Cemetery in Raynham.