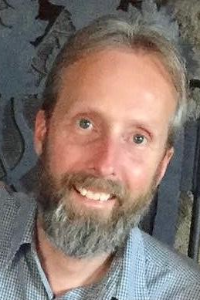 Linton was born on August 23, 1972, in Washington DC, the second child of Louis and Merida Harrington. He graduated from the Sidwell Friends School in 1990. He had a long association with Catoctin Quaker camp, first as a camper and later as a counselor. He graduated from Bates College with a BS in 1994 and received an MS in Environmental Studies from Antioch University New England in 2002. In his second year at Bates, Linton met Elisabeth. Although Elisabeth later transferred to University of Massachusetts, the relationship endured. After college, Lin and Lis lived in and traveled to many places, the most unique of which was the year they spent living and teaching in Monteverde, Costa Rica. They married in 2001 while in graduate school and living in Amherst, MA. Linton devoted his entire career to environmental education, which allowed him to share his love of nature with others.

For many years, Linton worked for the Trustees of Reservations, beginning as the Southcoast Outreach and Education Coordinator, a position that brought Linton and Elisabeth to the beautiful Farmcoast where they made their home for the last 19 years. Most recently, Linton was the Director of Programs and Operations for Youth Opportunities Unlimited, a nonprofit youth development program based in New Bedford, MA. In this role, he got to share with young people his love of the outdoors and how to discover the natural beauty that exists even within a city’s limits. Linton loved hiking, biking, boating, gardening, and simply enjoying the beautiful coast of southern Rhode Island and Massachusetts. Both in his professional life and with his family, he spent as much time as he could outdoors. Linton had an encyclopedic knowledge of the flora and fauna of the region. He was humble, gentle, patient, and understated, with a quiet sense of humor that came out when you least expected it.

Linton was a member and deacon of the United Congregational Church of Little Compton. A memorial service will be held for him at the church at 10:30 am on Saturday, October 16th.

In lieu of flowers, donations in Linton’s honor may be made to Youth Opportunities Unlimited of New Bedford, Ma www.younb.org.