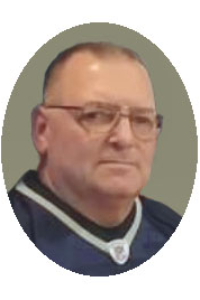 Kevin Alan O’Brien, 64, of Brockton, Massachusetts went to be with Jesus on September 21, 2021. He was born to Richard and Rita O’Brien on July 6, 1957 in Quincy, Massachusetts. He graduated from Quincy Vocational Technical High School on June 2, 1976 and entered the United States Marine Corps along with his twin brother Kenneth. He served honorably in the United States Marine Corps from (September 1976 – September 1987).

He married the love of his life Debra Carlson on May 9, 1987 in Duluth Minnesota whom he met at Boston United Pentecostal Church in Brighton, MA.

He also leaves behind friends from church including his Pastor Courtney Bennett Sr. and the First Lady, Sister Jennifer Bennett along with his many special friends from his years working at Gillette in South Boston.

Kevin’s final hours were a time of serene peace as his wife Debra and daughters Bryanna, Deanna and his Pastor shared with him the songs of Zion, the presence of God filled his hospital room as the Holy Spirit ministered among them and let him know through it all Jesus still reigns and he comforts.