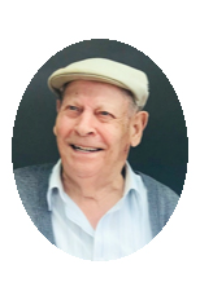 Humberto DaSilva, age 92, of Stoughton, formerly of Somerville, died peacefully surrounded by his family on September 29, 2021 at Copley at Stoughton. He was the devoted husband for 52 years of the late Maria (do Rosario) DaSilva. Humberto was born, raised and educated in Sao Miguel, Portugal, son of the late Joao Arsenio and Maria de Jesus (Medeiros Izidoro) DaSilva.

In 1970, Humberto immigrated to the United States and settled in Somerville. For over 25 years, he worked at Deran Candy Company in Cambridge. Following his retirement he worked for ten years at his son’s company Superior Auto Body in Medford.

A simple and humble man, he was happiest spending time at his home and with his family. He was an avid gardener who would spend hours planting and tending to his garden. He also enjoyed watching the RTP Portuguese Channel.

Humberto is survived by his three children: John Silva and his wife Ana of West Bridgewater, Natalie Melo and her husband Jose of Stoughton and Lucy Furtado and her husband Joe of Peabody as well as eight granddaughters, Christine Hrenko and her husband Matthew, Jennifer Bradford and her husband William, Jessica Croatti and her husband Michael, Ashley Silva, Leandra Rivera and her husband Blake, Erika Archie and her husband Devante, Alexia and Carissa Furtado, great-grandfather of Liam, Madison, and Abigail Bradford; Peyton, Riley, and Austin Hrenko; and Cayson and Cash Croatti. In addition he leaves his sisters Rosa DaSilva and Irondina DaSilva, both of Portugal. He was the father in law of the late Carmen Silva.

Visitation will be held at the Conley Funeral Home, 138 Belmont Street (Rte 123) Brockton, Sunday, October 3, from 2-5pm. The funeral procession will gather at the funeral home Monday at 8:45am for a funeral Mass at Immaculate Conception Church, Stoughton at 10am. Burial will follow in Evergreen Cemetery, Stoughton. Masks and social distancing are to be observed in the funeral home and church.

The family would like to thank the Copley at Stoughton for the dedicated service and care given to their father.