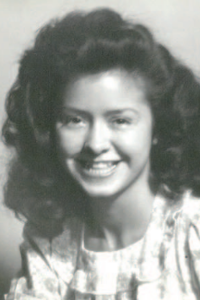 Mary Lambert passed away peacefully surrounded by family on September 16th, 2021. She was 94. Born in Glasgow, Scotland, to David and Jenny Smith. Mary also lived in England and Ireland. At the age of 12, her family made the decision to move to South America due to WWII. They settled in Buenos Aires, Argentina. There Mary finished her education and eventually married an American, Dana Doyle Denison at age 21 and had her twin daughters Jenny and Janet alias Krinny in Buenos Aires.
Mary came to the United States when the the twins were 6 months old to join her husband. Mary's son, Dana Denison, was born in the French Hospital in San Luis Obispo, two years later. The family lived in Grover City/Arroyo Grande for 17 years. Mary was very active in her children's lives ie. PTA, Cub Scout leader, Campfire Girls leader, swimming and church activities. Mary also made most of her children's clothes, she was an accomplished seamstress.
At the age 4O, Mary married Bob Lambert and they settled in Ventura, CA. There they owned and operated a successful Travel Agency. Mary and Bob were married for 42 years and were able to travel the world together and made many life long friends.
Mary is preceded in death by her parents, David and Jenny Smith of Argentina, sister Jean Sinclair of Argentina, brother John Smith of England, husband Bob Lambert of Ventura, son Dana Denison of Ventura, grandson Roan Rankins of Bakersfield.
Mary is survived by her daughters Jenny Lapp of San Diego and Janet Sporer (James) of Bakersfield, several grandchildren, nieces and nephews. Mary will be missed by family and friends, including her constant canine companion Smokey.
Memorial service is scheduled for October 2, 2021 at 10 A.M. at Coronado Baptist Church, 516 Norris Rd, Bakersfield (Oildale) CA.
Arrangements are under the direction of the JOSEPH P. REARDON FUNERAL HOME & CREMATION SERVICE, Ventura.