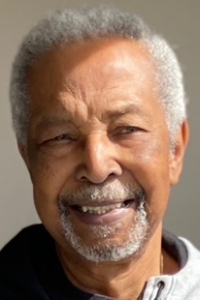 Andrew Jackson Dowl, also known to many as “Jerry”, was born on October 20, 1942 in Texarkana, Texas. He went to his heavenly home with our Lord on September 4, 2021, in Pahrump, Nevada. He and his mom, Jennie Lee Pine, moved to Oxnard, California at the age of 3. Jerry grew up in Oxnard, played football, basketball and graduated from Oxnard High School. This was a catalyst in his life as this is where he met many of his lifelong friends. Some of which later become “The Monday Night Football Crew”. Jerry went on to Ventura College earning his Associates Degree.
Through mutual friends, he met and married Carolyn Amar Dowl. During their time together, they created a family and raised 3 children. Jerry and Carolyn raised their family in Oxnard and later moved them to Moorpark, Ca. Jerry made his career as a tool and die machinist with 3M and Kavlico. Throughout this time, they shared a mutual love of bowling that Jerry continued into his retirement. After 38 years of marriage, Jerry lost his wife to cancer. The same disease that he fought for over 16 years.
Jerry then met the second woman he loved, Georgette Davis, a true blessing and an angel. Their journey started in Ventura County and continued to Pahrump, NV where they settled upon retirement and met and became close with quite a few people.
Jerry was preceded in death by his Mother, Jennie Lee Pine, his late wife Carolyn Lorraine Dowl, and his grandson Spencer Lambeth. He is survived by Georgette Davis of Pahrump, Nevada, son Michael Dowl (LaJuanta) of Lompoc, CA., daughter Wendy Dowl-Morerod (Douglas) of Newbury Park, CA., and daughter Heather Dowl of Ventura, CA, stepson Christopher Davis (Erika) of Templeton, CA., stepson Craig Davis (Alison) of Branson, Missouri. Grandchildren: Andrew Dowl (Cristina) of Commerce City, Co, Micka Biggs (Erich) of Antioch, CA., Marissa Mensah (Oscar) of Oxnard, CA., Corey Lee (Morgan) of Camarillo, CA., Camryn Lee of Moorpark, CA, and Breydan and Teagan “T-Man” Davis of Templeton, CA.; 7 great grandchildren; and a host of loving nieces, nephews, and countless friends.
Friends and family are invited to a Memorial Service on Saturday, October 9, 2021 at 2pm under the direction of BOYKO & REARDON TELEGRAPH ROAD MORTUARY & CREMATION, Ventura.