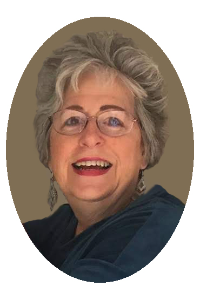 Barbara A. (Glazner) Peterson, age 78 of Brockton, died unexpectedly on September 14, 2021 at St. Elizabeth’s Medical Hospital. Barbara was the wife of the late Wallace E. Peterson. Born in New York, NY, she was the daughter of the late Lawrence and Julia (Luptak) Glazner. Barbara was raised and educated in Johnstown, PA and moved to Brockton over 60 years ago.

After supporting and helping with all aspects of her late husband’s steeplejack business, Barbara worked for many years as a medical secretary for several pediatric physicians in Brockton until 2006. She then began working at Steward Medical Group for Dr. Mary Margaret Williams, whom she absolutely loved.

Barbara’s time was spent being a fiercely loving and devoted Mother and Grandmother to her children and grandchildren. She enjoyed country line dancing, sewing, shopping, and her daytime “stories” as she called them. Barbara loved animals her entire life and spent most of her recent time doting over her cat Nyla, a six day old rescue cat that she raised. She loved her yearly vacations to Florida to spend time with her sister Shirley and talking on the phone with her for hours in between visits. Attending her grandchildren’s activities was the most important, precious, and happiest pastime for her. To say she was proud does not even begin to describe her love and passion for everything they did. This love and passion carried over to her self-proclaimed adopted daughters (“The Girls”) and their families as well.

Visitation will be held at the Conley Funeral Home, 138 Belmont Street (Rte 123) Brockton, Monday, September 20, 2021, 8:30-9:30am, followed by a Funeral Mass in Our Lady of Lourdes Church at 10am. Burial will be held at the Massachusetts National Cemetery at a later date.

Donations in Barbara’s name may be made to The Diane Grueter Lincoln Memorial Scholarship, Stonehill College Office of Development, 320 Washington Street, Easton, MA 02357.