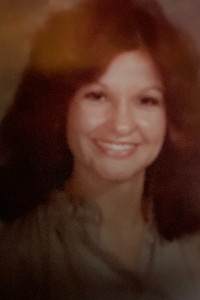 Theresa Margaret (Teri) Davis passed on to The Lord on August 20, 2021, at her home in Santa Paula. Theresa was born in Los Angeles to Alvin and Margaret Terrio on August 19, 1942. She attended high school at John Muir High School in Pasadena, CA and graduated in 1959. She attended Pasadena City College and Ventura College. Theresa was a teacher at Holy Cross School at the San Buenaventura Mission for nearly 40 years touching the lives and hearts of countless children, parents, co-workers and friends in the Ventura area. She will be immensely missed by all who have had the privilege to know her.
Theresa is survived by her children Kimberly Carmichael, Christina Ellermeyer and Kathy Petit. She is also survived by her grandchildren Austin, Chelsea and Kelly Carmichael, Kylie and Dean Ellermeyer, Kassidy Petit Barajas and Sean Petit. She also had two beautiful great grandchildren, Quin Carmichael and Kehlani Barajas. She is also survived by her loving Sister Mary Dolphin.
In lieu of flowers, memorial donations may be made to St. Jude’s Children’s Hospital, her favorite charity.
Theresa was buried on August 28, 2021 in a private service.
Arrangements were under the direction of the JOSEPH P. REARDON FUNERAL HOME & CREMATION SERVICE, Ventura.